Presentation on the British Armed Forces 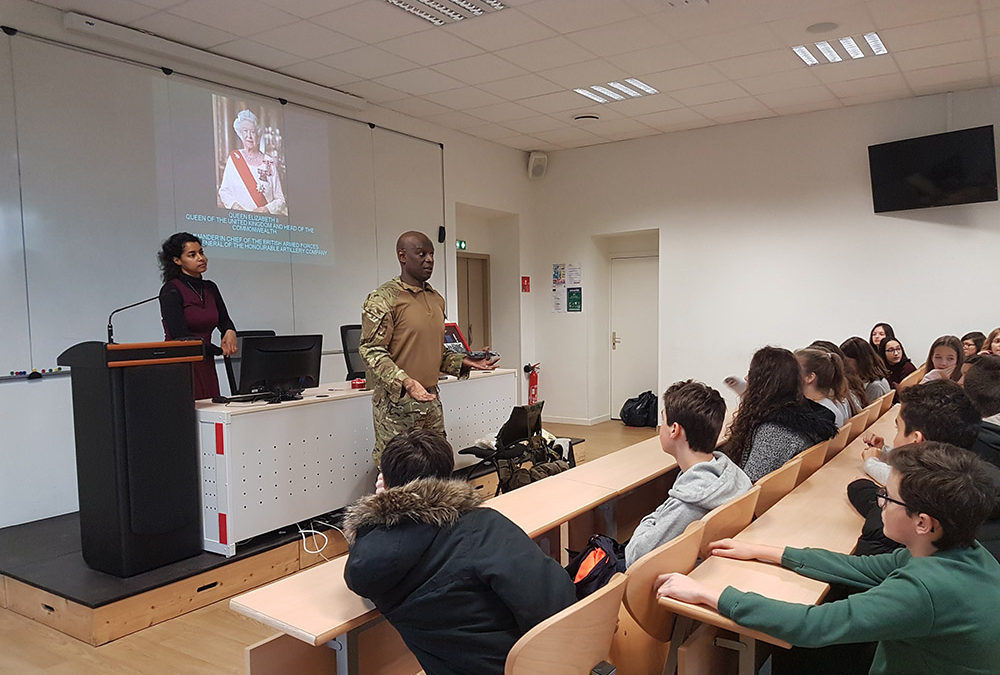 Mr Cathline also gave a demonstration on how to deliver battle first aid. The pupils had the opportunity to ask questions, which they did very well. The pupils with the best questions were given badges. Pupils also received samples of military food rations used in the field.

The different activities and roles around the world were presented, as well as Mr Cathline’s military service history, which includes the Falklands War in 1982. Medals and pictures were included in the presentation.

This was a very successful presentation, much appreciated by the staff and pupils. We thank Mr Cathline for taking the time to present his profession to our pupils.